A Letter To Chairman Manchin - Bonding, Royalties, and Methane Fees 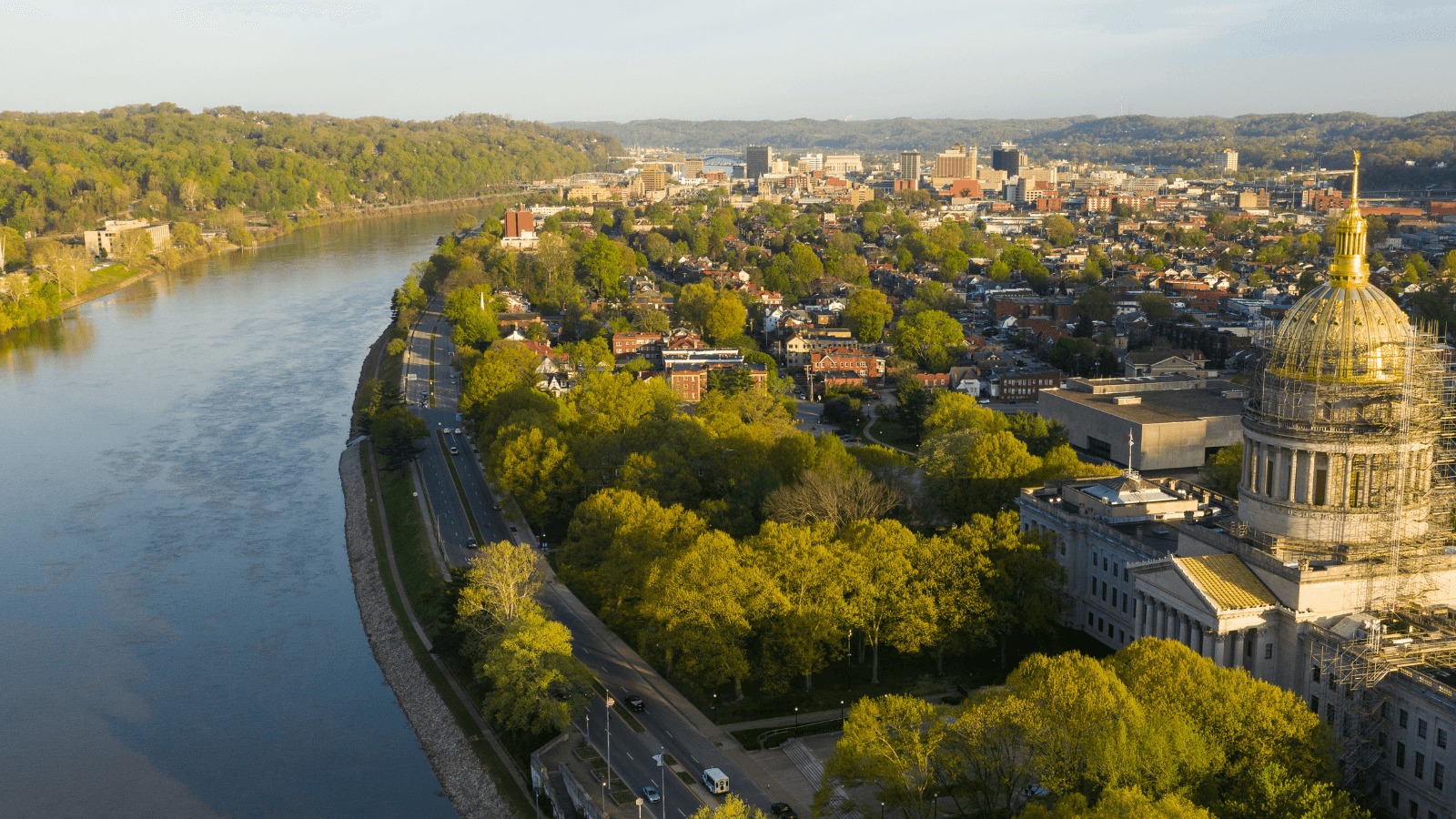 Below is a letter sent to Chairman Joe Manchin by the Evangelical Environmental Network on Monday, December 6, 2021:

Thank you for your service to our nation and to your home state of West Virginia and her people. Please accept our gratitude for your leadership of the recently signed Infrastructure Investment and Jobs Act. Also please thank your Energy and Natural Resources Committee and personal staff for their outstanding efforts as well.

The Evangelical Environment Network together with our millions of national supporters and thousands across West Virginia are grateful for your support and leadership for reclaiming abandoned mine lands and remediating orphaned oil and gas wells.

We applaud your commitment to fiscal conservatism as we hope it comes from your faith. We are people of the Book, the Bible, and throughout the Bible all are called to be wise stewards of our finances and of all things – especially of God’s creation that was so wonderfully made by His own hand.

However, God’s creation and all God’s children are in trouble. At least 200,000 Americans die prematurely each year from pollution generated from fossil fuel emissions and extraction. The costs of climate change are upon us all from extreme weather to literal sea level rise that already has lowered coastal property values and added enormous costs to our military. Just the cost to defend Norfolk and San Diego may approach trillions of dollars.

Climate change isn’t just an urgent problem for our coastal neighbors. It already puts the lives and livelihoods of West Virginians at significant risk. Since 1980, West Virginia has been affected by 40-billion-dollar weather and climate disasters. The Mountain State is one of the top ten states in the country facing the largest increases in heat wave days nationwide, putting more than 60,000 vulnerable West Virginians at risk for heat illness or death. West Virginia also has the highest percentage of homes, businesses, and critical infrastructure – like power stations, roads, and police and fire stations – at substantial risk of being rendered inoperable by flooding.

However, today I am writing to you about fairness for the American People and the added tax burdens (not to mention the health care costs) that we already pay to clean up the messes of oil/gas, coal mining, and all extractive industries. I am writing to urge you to support bonding reform, proper methane fees, and adequate and fair royalties on resources owned by the American People.

Our common book, the Bible, is clear on fairness, justice, and righteous as the Hebrew Bible prophet Amos states, “But let justice roll on like a river, righteousness like a never-failing stream!” Amos 5:24 (NIV)

You championed and were a prime sponsor for what was originally the RECLAIM Act and ensured that over $10.5 for AML was included in the signed Infrastructure Investment and Jobs Act as well as over $4.5 for the remediation of orphaned oil/gas wells. As my late Mom always told me, “If you make a mess, clean it up!” $15 billion dollars of taxpayer money will only cover part of the problem that companies have left to the American Taxpayer – a problem that never should have existed in the first place if proper bonding requirements were in place from the start or had been updated since the 1950s.

Without adequate bonding requirements, we are doomed to repeat these mistakes anew and saddle the next generation with despoiled land, water, and air and a billion-dollar price tag for a mess they didn’t make.

We urge you to defend our children’s health and the American Taxpayer by demanding that new bonding requirements in the Build Back Better legislation be adequate for real remediation with actual third-party bonding per permit – not self or blanket bonding. These issues are correctly and thoroughly discussed in an outstanding white paper entitled Broken Promises by Conservatives For Responsible Stewardship.

West Virginia, Pennsylvania, and all Appalachia is scarred with millions of miles of barren land and polluted streams as companies who posted self-bonds and simply walked away from their responsibilities to restore God’s creation and put our children in harm’s way.

I know firsthand of our government’s failure to ensure proper restoration. My childhood playground was the blighted and barren un-reclaimed strip mines less than 100 yards from my Cambria County, PA backdoor. Even today acid mine drainage erodes our traditional family hunting area.

Another opportunity for fiscal responsibility and wise stewardship of our resources is securing fair payment for lost, leaked, or vented methane and associated gases. A proposed methane fee guarantees that just and fair royalties are paid to mineral-rights owners – whether they be an individual landowner or the Federal Government. Putting a fiscal incentive to encourage good practice and adequate maintenance reinforces good stewardship of our precious natural resources and benefits all of us. It is simply wrong not to demand proper accounting for the all the valued product extracted. The monetary costs and health burden from fugitive emissions are simply too great. Nearly 300 schools in West Virginia – attended by over 78,000 students – are within 0.5 miles radius of oil/gas facilities, exposing West Virginia’s children to air polluted with smog, VOCs, and air toxics. Medical research confirms that these emissions put unborn children at increased risk for low birth weight and birth defects that can lead to stillbirth and risks the health of both children and adults, including heart failure, asthma, and the exposure to known carcinogens. Newer research suggests that danger zone may be as large as a 5-mile radius from oil and gas facilities and infrastructure.

Another failure in stewardship for the American people has been not increasing the royalty rate for commodities extracted on Federal lands. Royalty rates have not changed for Federal Leases for over 100 years, since before the Great Depression and the presidency of Harding. According to the Government Accountability Office, our failure to increase royalties adequately and properly will cost the American people up to $300 million dollars per year by 2025 with a maximum 2% decrease in Federal production.

Failure to increase royalties remains just another example of putting the oil/gas industry before the health our children and amounts to another handout to one of the most subsidized industries in The United States. Increasing the royalty rate for Federal Lands in the Build Back Better Act is simply the right, fair, and just action for all Americans.

Oil/Gas Industries are crying foul that changing the bonding, methane fees, and increased royalties will penalize the industry and increase costs for all Americans. This is simply a strawman argument meant to drive fear into the American public. As the briefing paper Oil & Gas Reform Won’t Raise Prices at the Pump by Tax Payers For Common Sense shares, the cost for increasing bonding and royalties are a negligible cost for the energy market.

Senator Manchin, you have often been quoted as saying that you believe incentivizing is more effective than penalizing – we agree! The fossil fuel industry has been subsidized more than perhaps any other industry in the United States. Our past and current tax system incentivizes profits for the fossil fuels industry while the costs have been borne in the hearts, lungs, minds, and even lives of our children and passed along as tax burden to the American people.

It is time to incentivize the well-being of our children and the American taxpayer instead of the fossil fuel industry. It’s past time for the American People to stop paying to clean-up the fossil fuels industries’ messes. The Infrastructure Investment and Jobs Act just gave away $15 billion to clean-up these messes, isn’t that enough? Those funds are needed to defend our kids’ health and future – something that would not be necessary if we had proper bonding, fair fees, and just royalties in place from the start.

Our children’s health and the American economy cannot afford for us to repeat the mistakes of the past. We cannot levy the same burdens upon the next generation that previous generations have levied upon us.

Now is the time to exercise sound fiscal responsibility through good economic and environmental stewardship. It’s time to defend our children’s health and future and to stop wasting taxpayer money by cleaning up the fossil fuels legacy of literally dumping the costs on all of us.