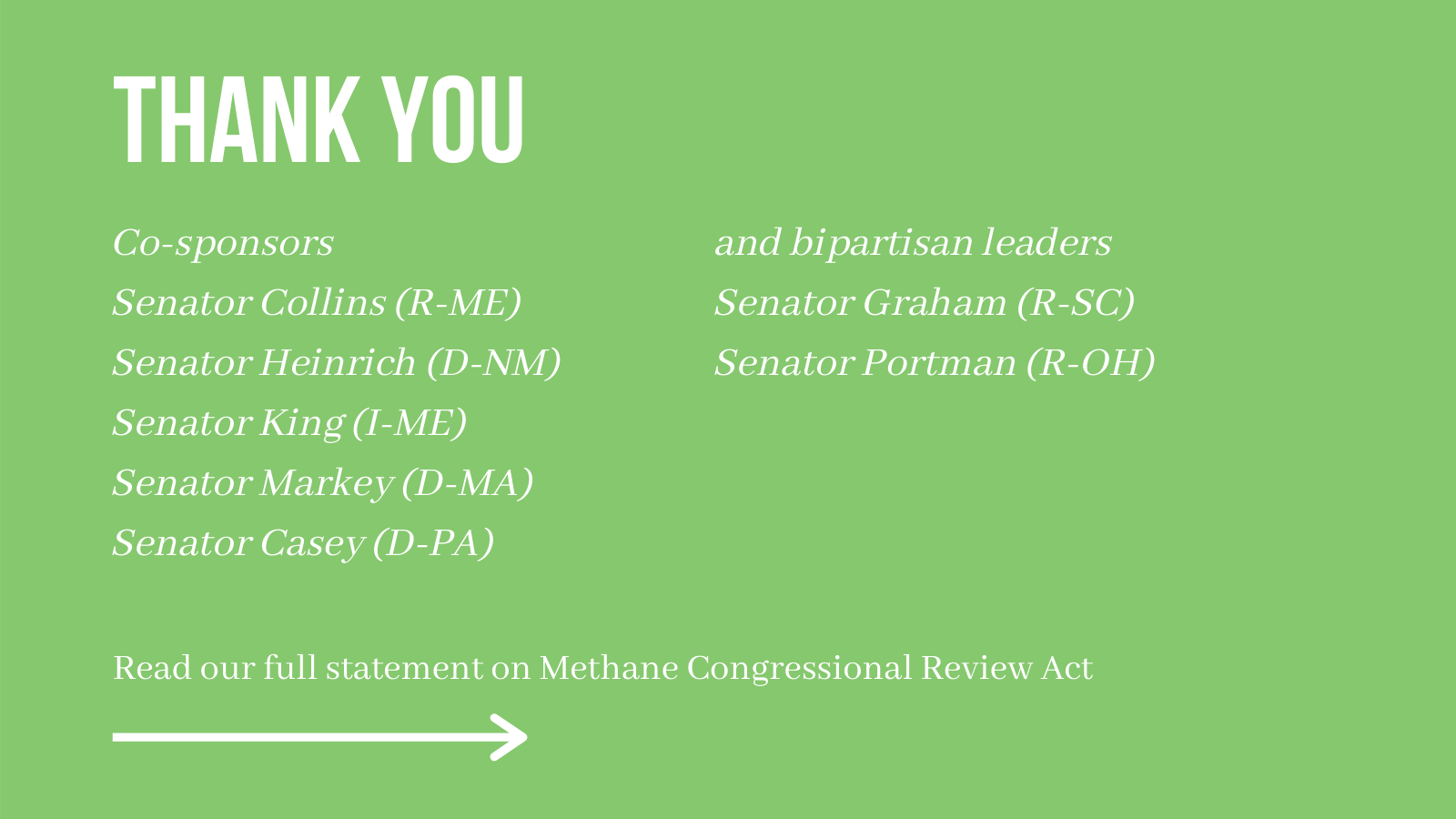 “We are thankful for co-sponsors Senators Collins (R-ME), Heinrich (D-NM), King (I-ME), Markey (D-MA), and my own Senator Casey (D-PA) plus the great additional backing from Senators Graham (R-SC) and Portman (R-OH) for fantastic bipartisan support for the Methane Congressional Review Act to end the Trump Administration attack on our children.

“As pro-life evangelicals, we have a special concern for the unborn. We want children to be born healthy and unhindered by the ravages of pollution even before they take their first breath. Reducing methane leaks and the associated VOCs (volatile organic compounds) from natural gas production and infrastructure has been a huge concern.

“Nearly 92,000 pro-life Christians from 21 affected states called for strong action to reduce pollution from leaks in natural gas infrastructure and from venting and flaring during the original rulemaking. Over 100,000 petitioned the Trump Administration not to alter the regulation. Our community applauds the life-saving action of the Senate and encourages the House of Representatives to quickly follow.

“Our children deserve the right to abundant life and now, it’s time to not only restore the previous rule but quickly develop even stronger standards to defend our children’s health.”