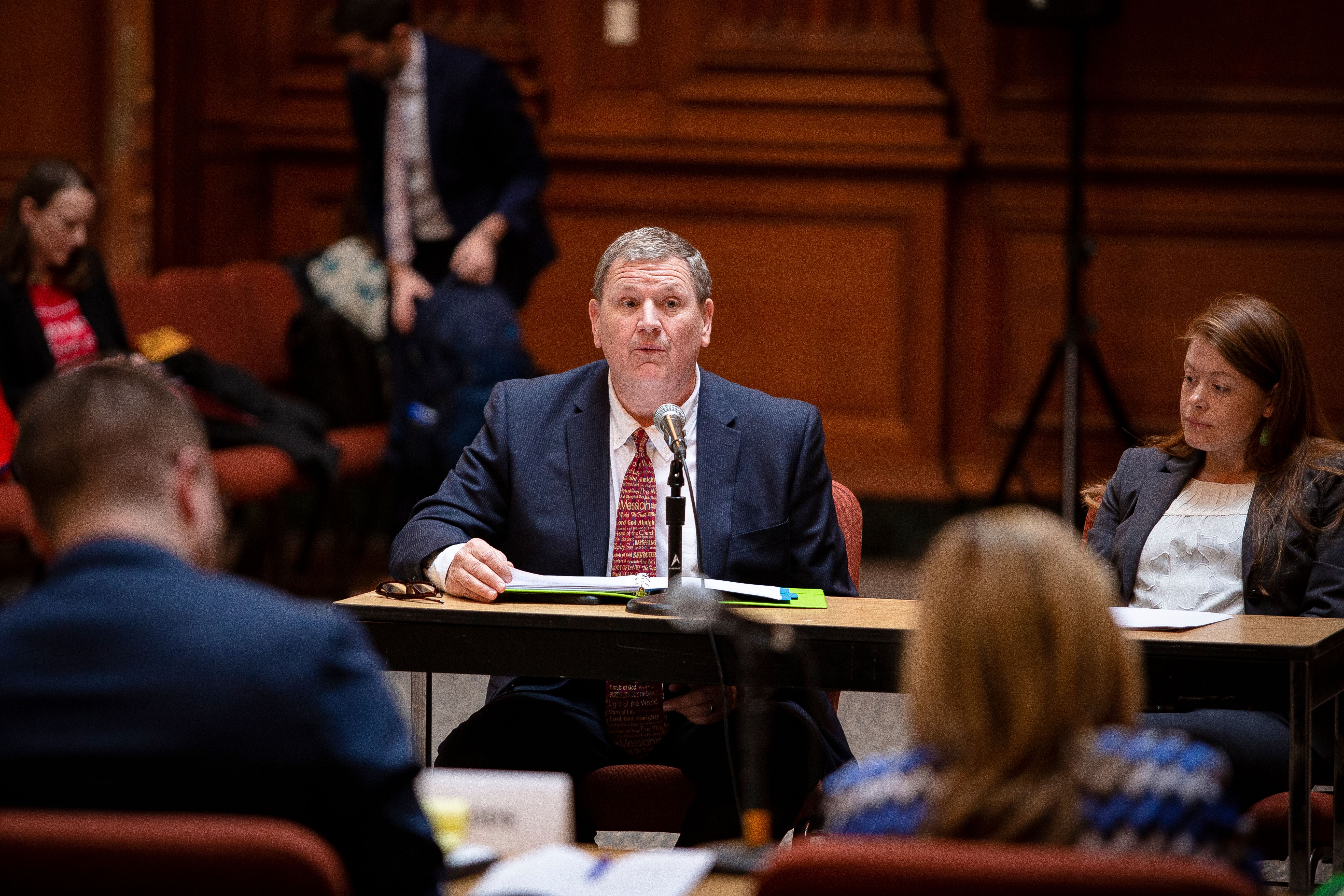 Good Afternoon. I am The Rev. Mitchell C. Hescox, President/CEO of the Evangelical Environmental Network (EEN), father, grandfather of seven (7), a resident of the Commonwealth of Pennsylvania and a member of EPA’s Clean Air Act Advisory Committee. EEN represents over 5,000,000 pro-life Christians who support clean air across the United States. We oppose keeping the ground level ozone standard at 70 ppb. The current level remains inadequate to defend the health of our children, vulnerable populations, and especially those communities trapped in “red-lining” and other forms of racial injustice.

Both of my 13-year-old biracial grandsons live in Portland, OR. One is an outstanding athlete and musician. Unfortunately, he has asthma. And while COVID-19 has reduced his playing time this year, so has ozone. While the American Lung Association grades Portland with C, it’s getting worse as the past several years have seen increased ozone levels. This is both personal and professional. I care for my grandson and for all God’s children.

Smog, or ground level ozone, exacerbates asthma and asthma attacks especially on children and those living in areas of high pollution. According to the American Lung Association, an ozone induced asthma attack is akin to a sunburn inside your lungs. Ground level ozone is not just a severe short-term threat, but is responsible for long term health threats such cardiac and pulmonary problems and even death. Current medical research states there is an increase in daily mortality rates, even at levels well below the current standards.

Perhaps the Asthma and Allergy Foundation’s Statement of 07/13/2020 states it best:

“EPA’s proposal ignores the long-standing wealth of scientific evidence pointing to the need for a more protective standard. In 2014, the EPA’s Clean Air Scientific Advisory Committee concluded that at 70 parts per billion (ppb), ozone pollution can lead to increases in inflammation of the airways and a decrease in overall lung function. Research published in 2017 in the Journal of the American Medical Association also found strong evidence of increased mortality as a result of ozone pollution, with some risks occurring even at levels below the current standard. Two studies of Canadian cities found evidence of harm where the ozone levels remained below 70 ppb for 10 years. Even in these cities, where the air quality would have met the current standards, epidemiologists found ozone exposures associated with increased risk of emergency department visits for lower respiratory diseases and for childhood asthma."

According to The American Lung Association’s State of The Air Report 2020, more Americans suffer from air pollution than in the recent past reports. Now, nearly 150 million of us live with at least one failing grade for ozone or particle pollution and more than 20.8 people live in areas of failing ozone and both long/short term particle pollution. What’s more, climate change increases temperature complications as air pollution increases ground level ozone.

It’s time for the EPA to live up to its stated mission: “to protect human health and the environment.” That requires following sound science, defending our children’s health, and putting morals above political favors. Remember the Bible states:

He has shown you, O mortal, what is good.
And what does the Lord require of you?
To act justly and to love mercy
and to walk humbly with your God. - Micah 6:8 (NIV)

The ozone standard needs to be lowered to maximum 60 ppb.

Thank you for hearing my recommendations.