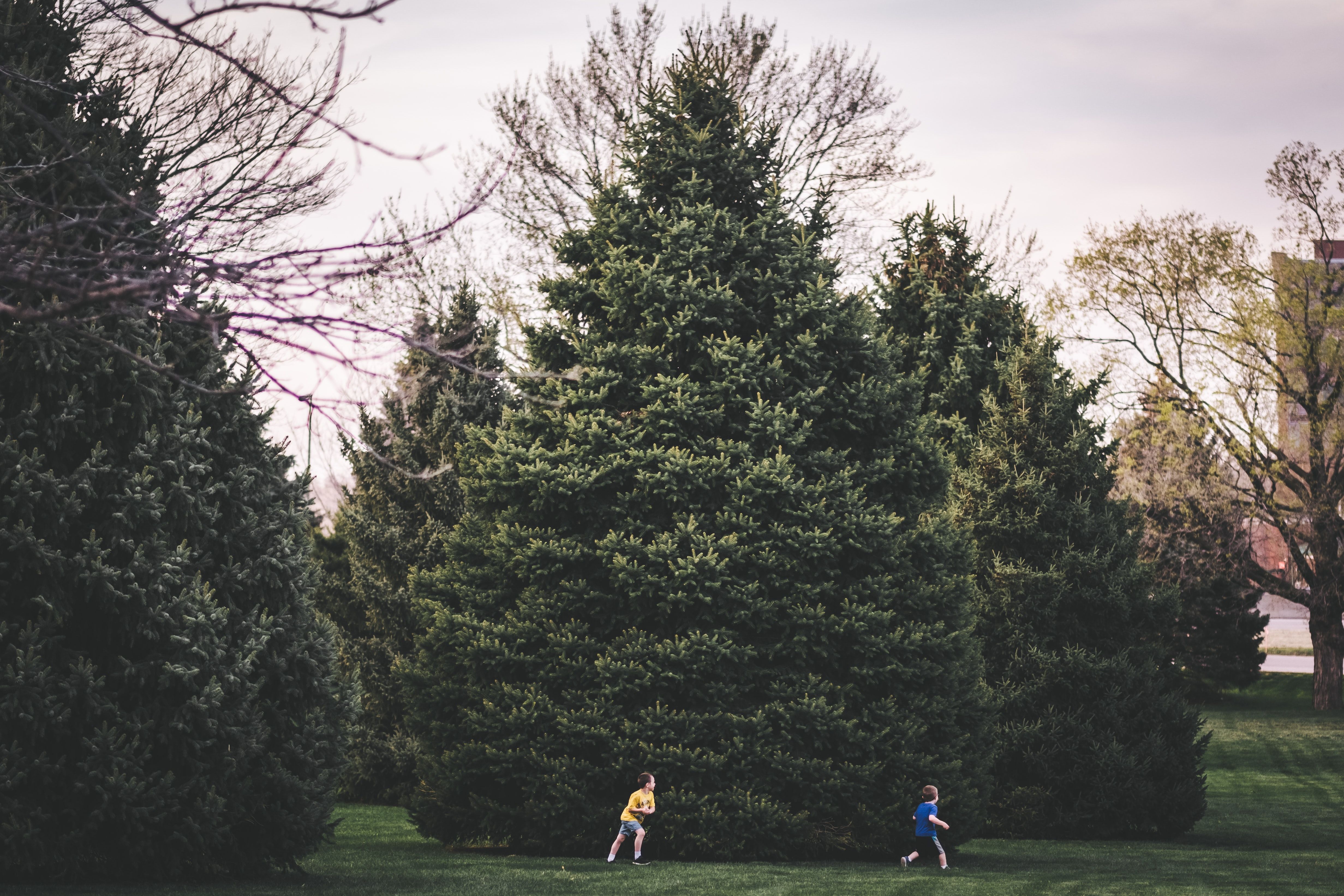 It is my understanding that HB 2025/SB 950 will be considered this week by Pennsylvania’s Senate. As a pro-life evangelical Christian and lifelong Republican, I urge you not to bring this bill to the floor. The truth here is plainly stated: the real goal of this bill is to stop Pennsylvania from joining the Regional Greenhouse Gas Initiative (RGGI). Here’s another truth. Opposition to RGGI is a symptom of what could help lead to the effective demise of the Republican party as a political force: its protection of the fossil fuel industry whose pollution harms human health and can no longer compete economically, based in part on the falsehoods industry has been telling for years. Not bringing this bill to the floor would be a good step in the right direction, a sign that Republicans in Pennsylvania are beginning to see the light and do what’s right.

I am an ordained member of the clergy who spent 18 years as a local church pastor in Pennsylvania. I grew-up in Cambria County as the proud son and grandson of coal miners and spent 14 years in the energy industry before entering the ministry. I am a Board member of the National Association of Evangelicals (NAE). Just like Pope Francis and the Catholic Church, the NAE, and numerous other Christian ministries, I am not just pro-birth, but pro-life from the moment of conception to natural death. As the Bible states:

“How long will you defend the unjust
and show partiality to the wicked? 3 Defend the weak and the fatherless;
uphold the cause of the poor and the oppressed. 4 Rescue the weak and the needy;
deliver them from the hand of the wicked. Psalm 82:2-4 (NIV)

Even with all of its problems, fossil fuels did benefit our Commonwealth economically through much of the 20th Century. But today we can have both the energy to power our economy and a clean environment. We no longer must choose between a strong economy and the life and health of our children, including the unborn. One in eight women give birth prematurely in the United States each year from PM2.5 with the number increasing to one in five in the black community (30% of premature infants die). Over 2,700 Pennsylvanians died prematurely in 2018 due to Pennsylvania’s air pollution, due in good measure to the electric industry. Pennsylvania’s pollution is also believed to have contributed to more than 2,300 premature deaths in other states as well. All told, Pennsylvania holds the auspicious claim of having the third most air pollution-related deaths in the U.S., after California and New York.

Over 44,000 Pennsylvania pro-life Christians understand this reality and have signed this statement:

As a pro-life Christian, I believe pollution harms the unborn, causing damage that lasts a lifetime. Dirty water and air have serious consequences for the health of our children and other vulnerable populations, like the elderly. So, we ask Gov. Wolf and other elected officials to support a plan for clean electricity that will: free our children from pollution by relying entirely on clean electricity from renewable resources like wind and solar by 2030; defend our freedom to create our own electricity from sunshine, without fees championed by monopolistic utilities; free our communities from regulations that prevent us from joining together to create our own electricity; and free businesses from such regulations so that they, too, can create and sell clean electricity.

Not only must we defend our children’s health by creating a clean energy economy, we must stop lying about science and jobs. Recent polling (Aug 2020) by the Global Strategy Group found that 83% of Pennsylvanians understand that climate is a serious threat. Elected officials who deny climate change were viewed negatively by 70% of voters, and those who oppose strong climate action were viewed negatively by 58 percent. In fact, this poll found that 73% of Pennsylvanians want 100% clean energy by 2035 (similar to what our petition calls for).

As for jobs, the reality is that coal plants will close in Pennsylvania, period. As the current draft RGGI standards being written by the Department of Environmental Protection will take at least a minimum of two years to take effect, RGGI will not likely hasten coal’s demise. That’s already occurring.

Back in 2015, Appalachian Power’s then-President Charles Patton said, “You just can’t go with new coal [plants] at this point in time. It is just not economically feasible to do so.... the economics of alternatives to fossil-based fuels are making inroads in the utility plan. Companies are making decisions today where they are moving away from coal-fired generation.”

Coal just can’t compete, and gas won’t be far behind. Two years ago, Lazard’s Levelized Cost of Energy stated that the best economic position would include utilities shuttering all coal plants and moving to renewable energy. Additionally, both coal and gas fired electricity have been heavily subsidized by external costs. For over a century, the fossil fuel industry has benefited from a less than truthful measurement of costs. They have privatized the profits while much of the cost has been hidden in the lungs, hearts, minds — and even the lives — of our children. This market failure continues today as the external costs of fossil fuels continue to go ignored and unaccounted for, thereby creating a dishonest standard and false measurements.

“‘Do not use dishonest standards when measuring length, weight, or quantity. Use honest scales and honest weights, an honest ephah and an honest hin. I am the Lord your God, who brought you out of Egypt.” –Leviticus 19:35-36 (NIV)

To quantify these costs, Muller et. al. state that, “the largest industrial contributor to external costs is coal-fired electric generation, whose damages range from 0.8 to 5.6 times value added.”ii A more recent economic studyiii identifies the average external cost for various fuel types as such:

Another financial falsehood being widely shared by coal and gas advocates in the legislature is the life cycle costs for renewable energy. All forms of energy production have an environmental impact, but renewable energy has the least. In 2017, the National Renewable Energy Laboratory’s (NREL) Life Cycle Assessment Harmonization research team analyzed hundreds of peer-reviewed studies outlining the environmental impact of different electricity generation technologies using state-of-the-science techniques. The results of this peer-reviewed research from our nation’s premier renewable energy experts clearly demonstrate that across their entire life-cycle wind and solar energy produce much less carbon pollution than coal or gas-fired electricity production as displayed in the NREL furnished graph.

Fossil fuel-based resources are not on par with renewable energy sources when it comes to damage to our health and our environment. Peer-reviewed research and health records continually bear out, repeatedly, that coal, oil, and gas are dirtier and more harmful to our health. Renewable and low-carbon energy sources provide us a better, healthier way – not only at the time of electricity generation but also across their entire life cycle. The morality of continued fossil fuel use is unbiblical, and fossil fuels have taken unfair market advantages and untold government subsidies since the early 1900’s. A real conservative political party should stand-up for what’s right, for having the true cost of energy reflected in its price and be against subsidizing dirty energy that harms children and the unborn. So far, you have not.

Even today much of the political spin focuses on saving jobs. When was the last time Republicans, utilities, or coal mining companies stood-up to protect workers or their jobs? I have profound respect for miners and utility workers, but not so much for the companies. I’m old enough to remember the company towns, the poor safety records, and the hired thugs to break-up legal “strikes.”

What RGGI could do, if the Legislature would acknowledge the reality of the energy market, economics, and science, is provide a revenue stream to help coal and energy transition to other skilled careers that will provide for families. The same revenue stream could help correct the injustice caused by a legacy of “red-lining” and racist acts that left a legacy of poor and economically disadvantaged suffering from the worst pollution impacts.

A couple of years ago, I arranged a meeting with 30 or so members of our young adult ministry, Young Evangelicals for Climate Action (YECA), with U.S. Senate Majority Leader Mitch McConnell’s office. “How many of you are Republicans?” they were asked. One by one this group of twenty-somethings told them they grew-up in conservative Christian households whose families were staunchly Republican as well. However, they were no longer Republicans because of the party’s refusal to understand science, act upon climate, and build a healthy world.”

It’s not too late for Republicans to get on the right path of helping to create sustainable jobs to support families, reduce pollution, and address the already present threat of climate change. The traditional Republican Party could offer much to renewing America. Traditional conservative economics, promoting a powerful work ethic, morals, faith, and empowering business to create a new economy, could give the Party a fresh start. A good first step would be not allowing HB 2025/SB 950 to come to the floor.

However, denying science, allowing market failures to maximize profits over children’s health, and distorting truth, makes Republicans increasingly irrelevant. As the quoted polling indicates, change is happening. Unless Republicans become real conservatives, the Republican Party will be as useful as the coal fired power plants being shuttered.