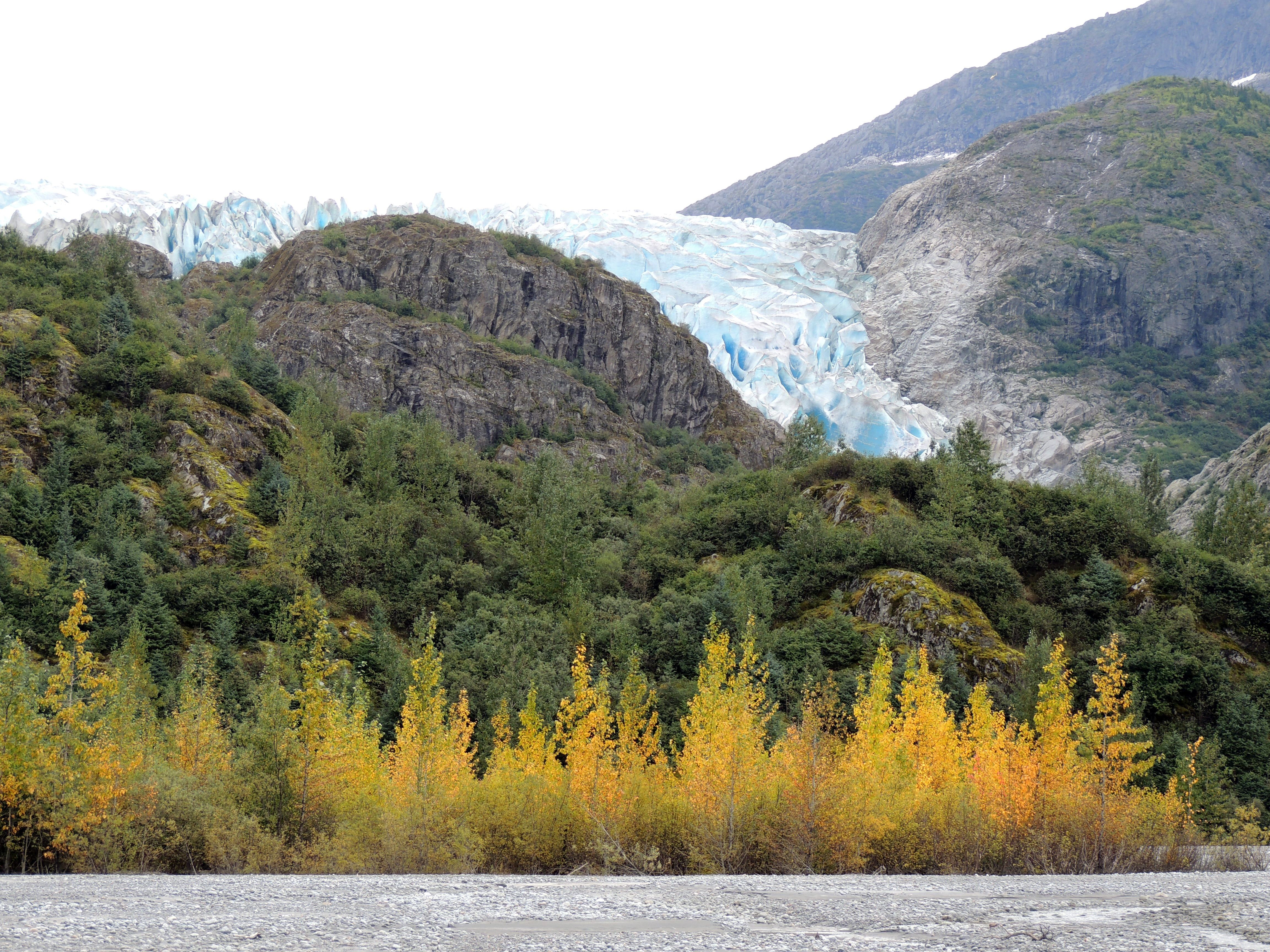 The Tongass National Forest in Southeast Alaska is the largest national forest in the United States at 16.7 million acres. Most of its area is part of the temperate rain forest WWF ecoregion, itself part of the larger Pacific temperate rainforest WWF ecoregion, and is remote enough to be home to many species of endangered and rare flora and fauna.

For most of us Alaska is far away. It may even seem like it is on another planet. For some, our only visit to Alaska is by way of the Discovery Channel or National Geographic. I have had the privilege of visiting Alaska twice. It is a magnificent state, unlike any other that I have visited with awesome glaciers, scenic mountains, moose, brown bears, elk, beaver, and salmon, to name a few of the species that call Alaska home. It is a state rich with valuable resources. Much of the state is protected, including the Tongass National Forest, from exploitation by the mining and logging industries. That protection is anticipated to end shortly. The Trump administration plans to award a permit any day now for what could be the largest open pit mine in the world, the Pebble Mine, and to lift restrictions on logging the Tongass by late summer or early fall. Earlier this week on Monday, August 17, 2020, the Trump Administration sacrificed another part of Alaska’s created natural wonder when plans were finalized to open 1.6 million acres of the Coastal Plain in the Arctic National Wildlife Refuge (ANWR) to oil and gas development.

When I read this report, I was furious. It’s part of the majestic creation God gave us to care for. Having visited this forest region with all its natural beauty, teeming with wildlife, I am appalled that the Trump Administration will open these lands for mining and logging. Tongass and Bristol Bay provide one of the last and largest remaining wild salmon runs as 40 percent are now extinct across their historic range, and many of the remaining runs are threatened or endangered. The report stated that it will bring jobs and help the United States depend less on other nations for copper and gold.

I am not against increasing jobs, but the Pebble mine would only provide 750-1,000 permanent jobs while threatening over 14,000 salmon related jobs with an $162 million in labor-only income, plus it will harm Indigenous culture and food heritage. The Pebble Mine and its 86-mile-long private road (where no roads currently exist) and infrastructure would block salmon habitat and destroy over 81 miles of salmon streams.

I am most concerned about the long-term cost to our climate. Among myriad environmental benefits provided by the Tongass National Forest, climate scientists note the huge volumes of carbon the millions of acres of old-growth trees store. It contains massive amounts of carbon in the forest areas, much more than the Amazon on a per acre basis. The forest also helps the soil retain water and regulate river flows. The Indigenous people who live in the area rely on the wildlife for food, shelter, and their livelihood. Conventional grocery shopping is not feasible in the highly isolated region, with prices for food running two or three times more than they would in the city.

The Tongass represents a vast treasure of God’s artwork in Alaska. The values that go from carbon stores, to the fish, to recreational tourism and water quality are just bottomless. It’s just an incredible national treasure that must be saved and protected against the exploitation of old order forests and primal fishing grounds.

Rev. Dr. Phil Covert
Member of the Board of Directors of Evangelical Environment Network