Our Response to Mercury Protection Rollbacks 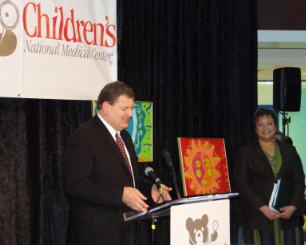 We simply can’t believe it. We are stunned and appalled that the Trump Administration — who proclaims to be pro-life — would take away one of the best environmental protections for the unborn that our country has ever produced. We are talking about the Administration’s attempt to roll back the Environmental Protection Agency’s Mercury and Air Toxics Standard, which was finalized in December 2011.

Are we seriously going to have to defend our children once again from mercury pollution — especially our unborn children who are most at risk? The mere idea was literally unthinkable before the Trump Administration took power.

We worked very hard to get a strong mercury regulation over the finish line, spearheading the religious community’s response — including bringing forward in common cause the National Association of Evangelicals (NAE) and the US Conference of Catholic Bishops. Our leadership was recognized by having our President, the Rev. Mitch Hescox, offer remarks alongside then EPA Administrator Lisa Jackson at the official roll-out.

Rev. Hescox began by saying: “For many it might seem highly unusual for an Evangelical Christian to stand alongside EPA Administrator Jackson this morning. I am standing with her today because we agree on the need to protect children from mercury.” When some in Congress wanted to kill this protection for the unborn, Rev. Hescox testified before the House Energy and Power Subcommittee in support of this life-saving and life-enhancing regulation.

Why did we fight so hard? It’s simple — to protect children, both born and unborn. Approximately 1 in 6 children in the US are born with threatening levels of mercury, which impairs neurological development, lowers IQ, and is linked to cardiovascular disease and a host of other potential adverse health impacts. The most vulnerable are unborn children, mainly because the body’s natural defense, the blood-brain barrier, is not yet fully developed. Unlike adults, unborn children have no way to excrete mercury. The toxin just keeps circulating inside the mother’s womb increasing their exposure.

Why would the Trump Administration, which claims to be pro-life, want to do this?

Here’s what’s really going on. At the broadest level, we have at play two of President Trump’s guiding principles: (1) protect and advance corporate interests, and; (2) tear down any success of President Obama. When it comes to the EPA, for whom President Trump has a deep antipathy, these principles are applied with special rigor.

To fulfill these principles, the Trump Administration EPA’s senior leadership is made up of former industry lobbyists and employees, including Acting EPA Administrator Wheeler. Like the fox guarding the chicken coop, these former industry types are now able to put into effect the cockamamie schemes they have promulgated in the shadows for years. One of those schemes is now being implemented in their attempts to gut the mercury regulation. It involves excluding from a required cost-benefit analysis any benefits considered to be what are called “co-benefits” or “ancillary benefits.” This scheme is in direct opposition to guidelines issued by the George W. Bush Administration in 2003, which states: “Your analysis should look beyond the direct benefits and direct costs of your rulemaking and consider any important ancillary benefits and countervailing risks.”

In the case of the mercury regulation, such co-benefits included the health benefits associated with reducing soot and smog, which were estimated to be between $37 billion and $90 billion per year. Add to that the $6 billion in benefits from the mercury reductions, and benefits far exceed the estimated $9.6 billion in costs. But if the co-benefits are not counted, then costs outweigh benefits by approximately $3.6 billion.

When looking at the costs and benefits to society for a regulation, it makes absolutely no sense to exclude ones erroneously labeled “co-benefits” or “ancillary benefits.” From society’s perspective, from the perspective of human health, they’re just benefits. Our bodies don’t say, “Oh, gee, this is a co-benefit; I guess I’ll have to exclude it.”

Why would the Trump Administration want to go after the mercury regulation’s so-called co-benefits, anyway? Many of the nation’s coal-burning power plants — the chief culprits — have already spent billions to comply.

First, they were asked by a specific corporate interest, Murray Energy, for whom EPA Administrator Wheeler formerly worked, to get rid of the mercury regulation, and excluding co-benefits would make that possible.

But second, and more broadly, if they can get away with excluding co-benefits here, they can go after other life-saving and health-protecting regulations. That’s their end-game. Protect corporate interests and help them hide their costs inside the bodies and brains of our children.

God is not fooled — and neither are we. We will fight this until we can’t fight anymore. We’ll never give up on protecting the unborn from mercury pollution. Never.