Twenty years ago researchers found that nearly 90% of the lung tissues examined had microplastics in them. They concluded it would be “reasonable to postulate” that such microplastics “may contribute to different pulmonary diseases, including lung cancer,” which is the most common form of cancer worldwide and the second most in the U.S. 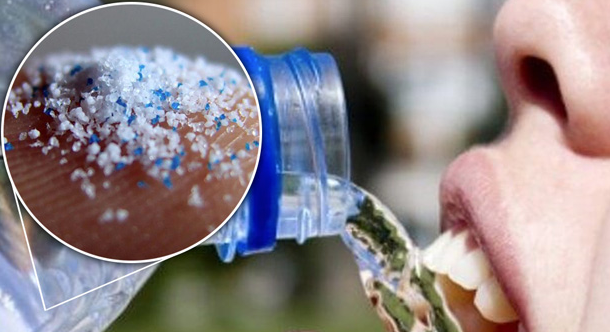 Despite the 1998 finding, there has been almost no research on the airborne threat. One study in 2016 did find that up to 2 tons of microparticles fall each year on the Paris metro area. Perhaps more troubling, in a follow-up study the same researchers found that airborne microplastics were much more concentrated in indoor air — a serious concern for children, especially.

Only very recently have we learned that microplastics are in both our tap water and in bottled water. A study published in April found that over 80% of water samples from all across the US and around the world contained microplastics. It is estimated that each year the average person ingests over 5,000 microplastic particles from tap water alone.

Unfortunately, bottled water is not a safe alternative, with over 90% of the bottled water studied having microplastics, including in bottles of Aquafina, Dasani, Evian, Nestle Pure Life, and San Pellegrino.