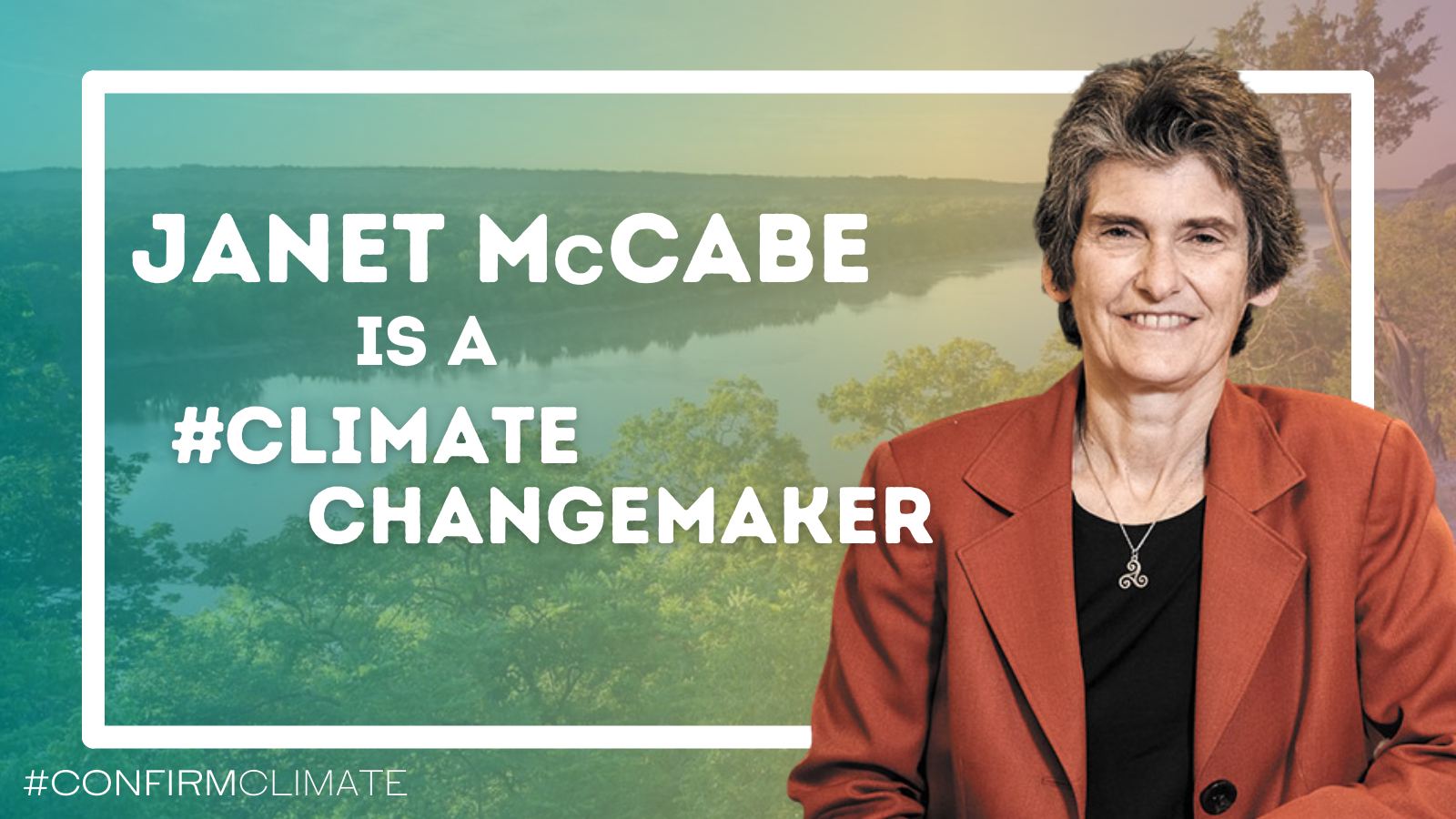 We are thankful for the bipartisan Senate vote that confirmed Janet McCabe to serve as Deputy Administrator of the Environmental Protection Agency (EPA). A special thank you to Senators Collins (R-ME), Grassley (R-IA), and Murkowski (R-AK) for putting politics aside to support McCabe.

For the past four years, EPA lost its way in protecting public health and the environment, McCabe’s proven leadership will help restore EPA’s mission and restore the integrity and honor to EPA’s skilled and diligent career staff.

“It’s time to again defend our children’s health and lives from the pollution that threatens so many,” said The Rev. Mitch Hescox, CEO and President of the Evangelical Environmental Network. “McCabe has proven willing to hear various viewpoints–a skill and talent much needed in today’s world. From my personal experience, McCabe will consider all points of view but will let the medical and scientific facts determine the course of action, not political favors. McCabe and I agree on the need to defend children and all humanity from pollution’s deadly threats. Christians are taught that all life is sacred and are called to protect it. Evangelicals take especially seriously the Biblical belief that life begins at conception.

For you formed my inward parts;

you knitted me together in my mother’s womb

As a former EPA leader, Executive Director of a non-profit defending children, Assistant Commissioner of the Indiana Department of Environmental Management’s Office of Air Quality, and Assistant Attorney General, McCabe’s experience clearly proves both her ability to lead and her fitness to restore the integrity of EPA. Her knowledge, skill, and ability to lead are undeniable, but it is her integrity that demands her confirmation.